Light Italian dumplings made with spinach & ricotta and served with a creamy rosa tomato sauce.

For the sauce heat the butter in a frypan, add the onion, carrot and celery, and cook over low heat for several minutes until onion is translucent. Add the tomatoes and a small pinch of salt, then cook, over very low heat for 45 minutes, stirring often.

Purée the sauce by putting it through a food mill fitted on a fine setting. Set the sauce aside while finishing the gnocchi and finish cooking it at the last minute.

Heat the butter in a frypan add the onion and cook over low heat until translucent. Mix in the pancetta, then add the spinach and a small pinch of salt and cook for about five minutes, stirring often. Scrape the mixture into a bowl and cool until room temperature, then stir in the ricotta, egg yolks, parmesan and nutmeg. Season to taste with salt and pepper.

Add just enough flour so the mixture holds its shape when you roll it into a ball. Test the consistency of the mixture by shaping a little of it into small balls about 1cm in diameter. Bring a large pot of salted water to the boil then reduce the heat so it’s just below the simmer. Poach several of the gnocchi until they float to the surface; if they fall apart, stir more flour into the remaining mixture. When the consistency is correct, shape the mixture into balls, then poach them in batches. When they float to the surface, use a large slotted ladle to scoop them from the water. Drain them in a colander then blot them briefly on paper towels.

Pour the pre made sauce into a wide pan set over medium heat. Stir in the cream then taste the sauce, adjusting the seasonings as needed. When the sauce comes to a simmer, add the gnocchi. Cook, stirring often, until the gnocchi are hot, then divide the ingredients between serving plates. Sprinkle with parmesan and serve immediately. 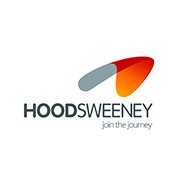